Premium Rate Rise Notifications 2021: Rate Change Notices have been delivered electronically via email. These are available to all Members via your Online Member Service portal under the Correspondence tab in the Rate Change Notice section. Posted mail will be received in the near future. Premiums shown on the website will be updated when the premiums increase from 1 April 2021. Information regarding upcoming improvements to some of our benefits will also available on our website shortly. Learn more

Please update to IE9 and above. 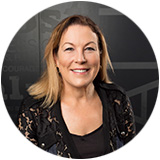 Karen is a senior finance and commercial executive and has extensive experience within the mining and resources sector with a career spanning 30 years.  From 2014 to 2017, Karen was employed as the Chief Financial Officer for Premise (formerly known as 02UDP Group Pty Ltd), a consulting, engineering, and project practice with offices across Queensland and in PNG.  Karen has extensive Board experience, including current Directorships of Queensland Country Bank Limited and the North West Hospital and Health Service; Director, and Finance & Audit Committee Chair, of Mount Isa Water Board; Member of the North Queensland Sustainable Resources Corridor Regional Reference Group; and Chair of NQ Branch Council of CPA Australia.

Deirdre served 18 years as Councillor, Deputy Mayor, and (from 2012 to 2016) as Mayor of the Mackay Regional Council, including membership of Council’s Audit and Risk Committee.  Deirdre has served on various other governance bodies including as Chair of Regional Capitals Australia and Whitsunday Regional Organisation of Councils, as Member of Local Government Association of Queensland State Policy Executive and the State’s Fly-In Fly-Out Independent Review Panel, and State President and National Executive of the Australian Local Government Women’s Association.  Deirdre previously worked for the District Public Trustee administering deceased estates and managing trust funds, and is currently a Director of Queensland Country Care Navigation Pty Ltd and a Member of the Queensland Local Government Grants Commission. Christine is an experienced Board Chair and Director, and executive leader recognised for her capabilities in Board governance, organisation strategy, strategic risk, and leadership. Christine is the Chair of Queensland Country Bank, is an accredited facilitator for the Australian Institute of Company Directors, and has held roles as a senior executive in the public service and on Boards including roles as President of IPAA Qld; Director on the IRSPM Board; Director of the Audit and Risk Committee of the Queensland Audit Office; and QUT School of Business Advisory Board.  Christine was formerly the Chair of the Board of Queenslanders Credit Union until 2018 when it merged with Queensland Country Credit Union (now Queensland Country Bank). Greg is a private client advisor with Bell Potter Securities in Cairns.  Greg has extensive Board experience, including current appointments as Director of Queensland Country Bank Limited; Director, and Finance & Performance Committee Chair, of the Cairns and Hinterland Hospital and Health Board; Independent Chair of the Audit Committee for Cairns Regional Council; Chair of St Michael’s Parish Finance Committee, Gordonvale; Chair of the Catholic Development Fund for Diocese of Cairns; and Chair of the Audit Committee for Cairns Indigenous Art Fair.  Greg was Chair of ECU Australia Ltd which merged with Queensland Country Bank in April 2017. Patricia is the Chief Executive Officer of Destination Gold Coast and is also a Director of Queensland Country Bank Limited.  Patricia’s diverse career includes four years heading up the Mount Isa Chamber of Commerce, four years as the General Manager of Tourism and Events at Townsville Enterprise, and five years as the CEO of Townsville Enterprise.  In 2013, Patricia was awarded the Young Manager of the Year through the Australian Institute of Management and in 2018 was awarded the Australian Financial Review Young BOSS Executive of the Year.  In 2020, Patricia was appointed to the Australian-American Young Leadership Dialogue. A fifth-generation Townsville resident, Lewis is a former General Manager of the Townsville Bulletin and surrounding regional newspapers.  Lewis has also worked for the Federal Government in Canberra (Tourism portfolio), served as the Commercial Manager for the North Queensland Cowboys and the Brisbane Broncos Rugby League Clubs, and spent nearly two years as Director, Commercial of Brisbane Marketing (Brisbane’s Office of Economic Development.)  Lewis is a Director of Queensland Country Bank Limited and Queensland Country Care Navigation Pty Ltd, and holds other non-executive Directorships with North Queensland Cowboys (Chair) and the Cowboys Leagues Club.